Lauren
It’s that time of year again! I can’t believe the holidays are already almost upon us. It’s also been a while since I’ve been able to attend a premiere as I’ve been overseas a lot this year. Some of you already know, but I do work in the entertainment industry and as a blogger and former member of the press I still get invited to fun events, including premieres!

If you’re a Marvel fan like I am, you probably know that Hawkeye (Jeremy Renner) is getting his own show with Kate Bishop (Hailee Steinfield) on Disney Plus, which comes out next week. Clint Barton is my favorite Avenger (with Spidey coming in close second!) so to be able to attend this premiere meant a LOT to me. I remember seeing Hawkeye make his first appearance in Thor back in 2011 in the theaters, and then again in the 2012 Avengers movie and have loved the character ever since. 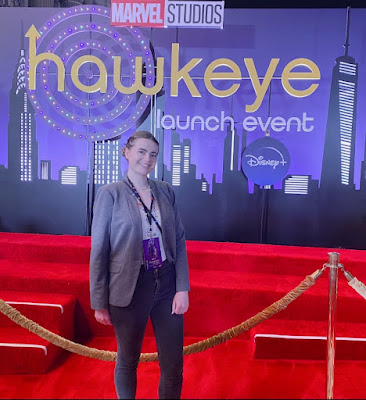 The show takes place in Manhattan around Christmastime which is why the series is coming out around the holidays. (I’ve been to NYC several times, but I’d love to go again during Christmas because it seems truly magical.) Marvel and Disney Studios did such a fantastic job decking out the red carpet with Christmas trees and holiday cheer. The dress code was to come all decked out for the holidays and so many guests had a lot of fun adding on to their cosplays and red carpet attire. They even had fake snow falling at one point and gave us hot chocolate bombs as a fun gift! 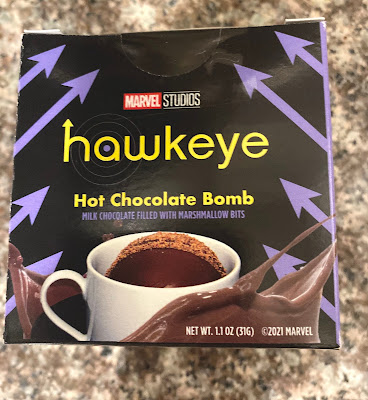 We also got to see the first two episodes of the show and the whole cast attended and watched with us which was so cool! Be sure to tune in to watch Hawkeye on Disney+ November 24th.
Spread the love!